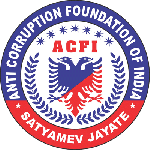 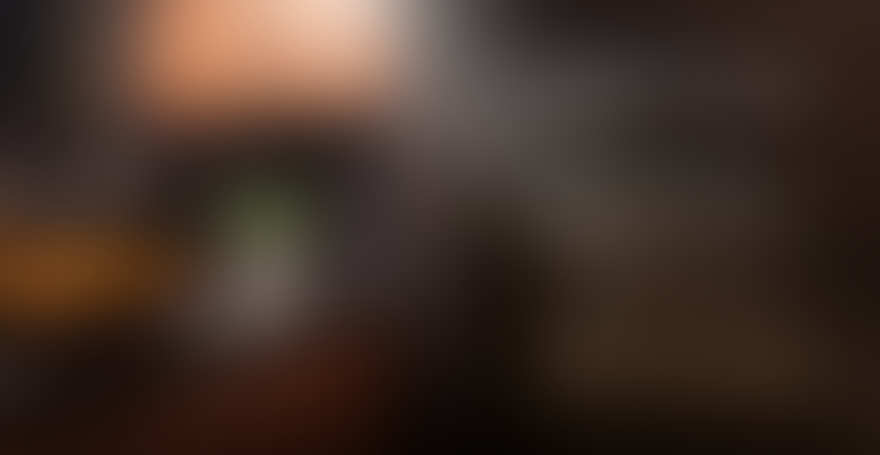 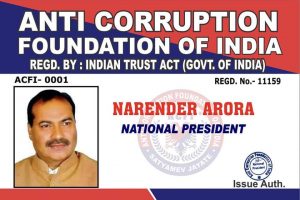 Anti Corruption Foundation of India is a registered institute, which is working for the awareness of eradicating corruption across India and awareness of traffic rules. Awareness camps are imposed by the Foundation in schools and colleges. Working for Corruption Free India is being done. The Foundation is honored by the people working in the society. Proceeding from the Government of India’s project resolution- New India, the Quit India Quit Campaign is spreading across India. You can also work with the Anti-Corruption Foundation of India to eradicate corruption.

Anti-Corruption Foundation of India is an organisation to help the people’s those who become the victims of corruption. Corruption is a barrier to achieving the Millennium Development Goals and needs to be taken into account in defining and implementing a robust post-2015 development agenda.

Corruption is a complex social, political and economic phenomenon that affects all countries. Corruption undermines democratic institutions, slows economic development and contributes to governmental instability. Corruption attacks the foundation of democratic institutions by distorting electoral processes, perverting the rule of law and creating bureaucratic quagmires whose only reason for existing is the soliciting of bribes. Economic development is stunted because foreign direct investment is discouraged and small businesses within the country often find it impossible to overcome the “start-up costs” required because of corruption.

To attract attention to a negative impact of corruption in International organizations, governments and private sector to remove this serious obstacle for effective governance, economic growth and national and international stability. To control and remove bureaucratic corruption, public fund embezzlement, fraudulent procurement practices, and organization is to curb the evil of corruption amongst public servant and prevent leakage of govt revenue by taking action against unscrupulous govt servants who include in mail practices and corruption. Our vision is to become the leading anti-corruption organisation in India and the region, to collaborate with sister bodies in Asia and around the world, in order to bring about social change towards communities and societies enjoying integrity, good governance and accountability. We aim to become a globally renowned centre of excellence empowering leaders and professionals across industries and sectors through quality studies, education, training, international cooperation and practical tools addressing and fighting the problem of corruption and injustice.